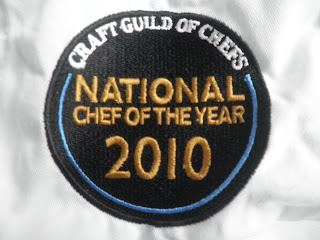 Well done to Hrishikesh Desai, who won the 2010 National Chef of the Year at the restaurant show in Earls Court yesterday. We competed alongside each other in the final of the Roux Scholarship 2 years ago (which he also won), and he was in my heat (the Asian heat) of this years competition. Still hurting from that day, but it makes it a tiny bit more acceptable knowing that the eventual winner came from my semi final group! So a big well done Hrishikesh.
Posted by Chris Golding at 08:06