Cooke's Pie and Mash, the real food of London! 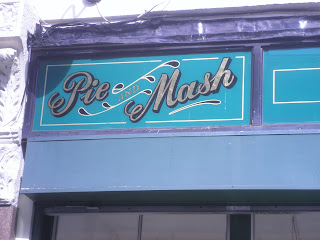 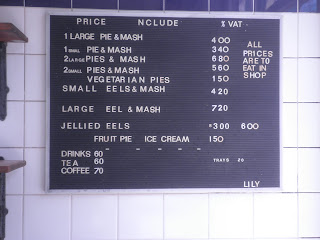 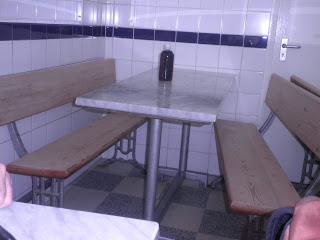 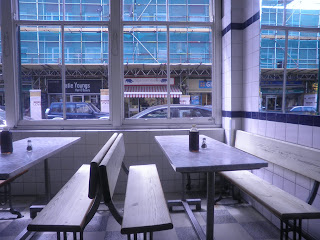 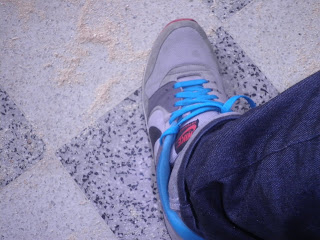 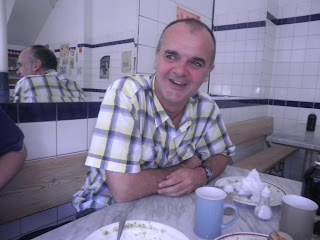 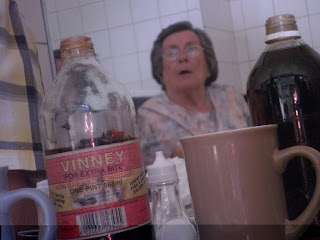 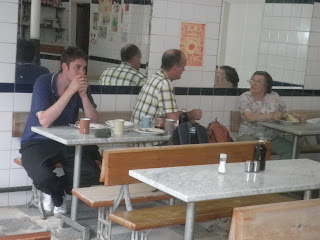 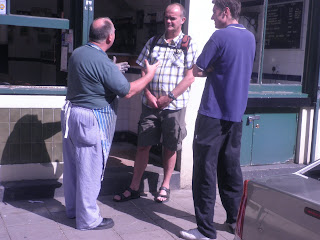 Me and my mate Disco Dan took my uncle Frank for a day out to experience the real food of 'London of old', we headed of to Hoxton , to Cooke's pie and mash shop, which is run by the Cooke family and has been for over 120 years, most of the decor remains the same and the pies are still made to the original recipe!
Entering the shop is like stepping back in time, there is saw dust on the floor, spoon and folk is the cutlery, cockney rhyming slang from behind the counter and and friendly banter between the customers. My uncle Frank got talking to a little old lady on the table next to us, Peggy. Peggy has lived in Shordich all of her life, and visits the pie shop every Monday , after dancing (which, she tells us only cost 2 bob!), she tells us how she used to build bombs in the war, 'cos in them days every mucked in, you ad to cos all the men were out fighting'! Then Joe, the owner, who is having a well earned cuppa and a biscuit on a table near bye joins in, and tells us a little history of the area and a bit about his shop, it has been in the family for 120 years, run by his great grandad, then his grandad, then his dad and now him. Joe comes across as a real 'London character', always swearing and laughing, he talks to us as if he has known us for years, which is great, how many boring conversations have you had with a waiter in a posh, expensive restaurant, that you have nothing in common with? I've had loads, ''How was the food sir (as if they give a shit), yes lunches pick up towards the end of the week (as if I give a shit), etc,etc. Anyway, Joe is great,he explains how Pie and mash is the real food of London, fish and chips is for Northerners!He is really passionate about his shop, pies, London and life. We continue drinking tea and having a chin wag with Joe and Peggy for a good hour, then 2 pies, mash, liquor, Eels, fruit pie and a gallon of tea later, it is time to leave, we say our fair wells to Peggy, and Joe sees us out to the front of the restaurant, where he continues his 'history of Hoxton' talk, he was great, and so was Peggy and so is Cooke's pie and mash shop, so if in town head down there and say hello to Joe for me!
Cooke's pie and mash shop,
150 Hoxton Street,
London.
Posted by Chris Golding at 14:30