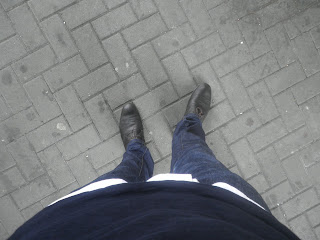 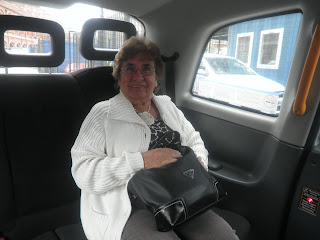 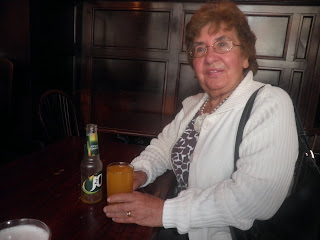 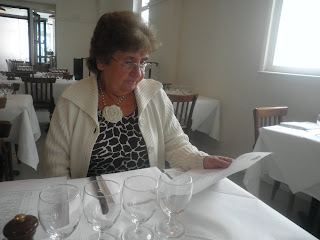 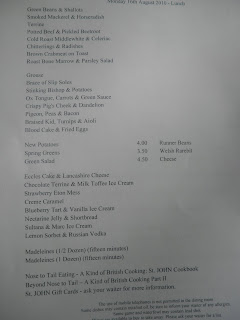 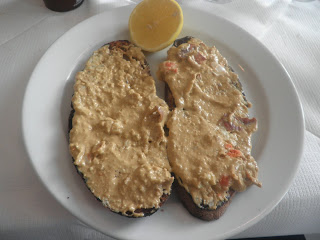 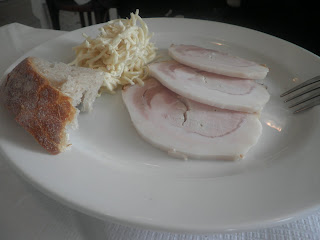 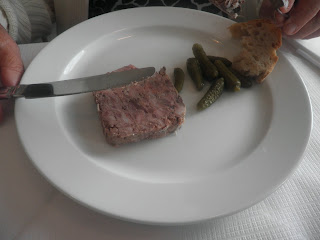 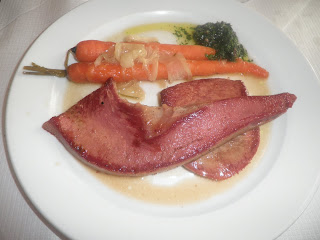 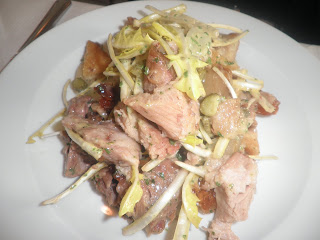 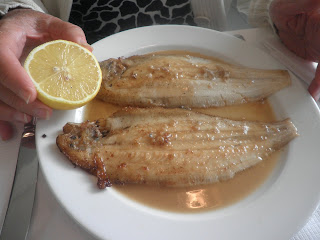 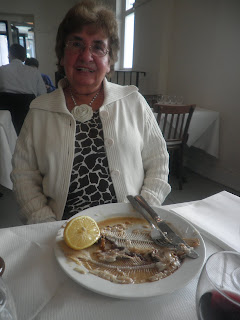 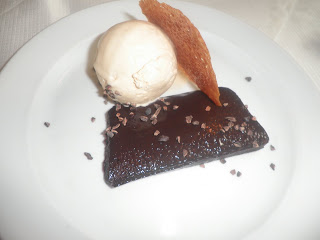 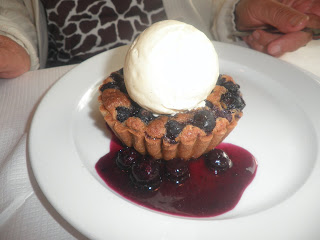 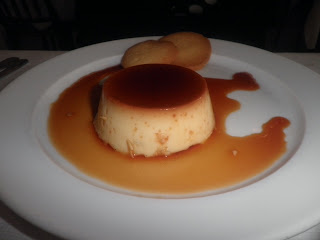 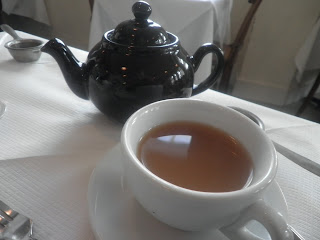 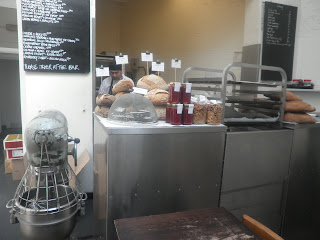 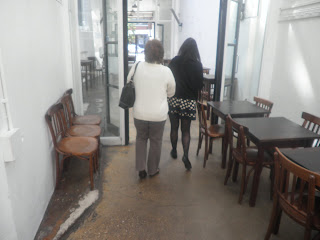 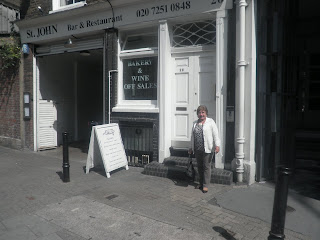 Me and my nan have always been really close , she loves food and is a really great cook, in her eyes I am the jewel in the crown. When I worked at Mirabelle she came for Lunch and was so impressed that I started taking her to Top London restaurants a few times a year, Hakkassan, L'Attilier, The Belvedere to name a few, anyway a year or so ago I took her to St.John, we had a really nice lunch and a good laugh, the puds are our kind of puds, big, loads of cream and really sweet. I was due another 'Gastro Gran' day out and as we had such a great time last time , I decided to take her back to St.John, this time with my Mrs.
So I polished my best shoes and met her at Kings Cross,where she was glowing and as bubbly as always and telling me what a lovely lad I am and how she remembers when, etc,etc! So we made our way over to Smithfield in a cab. We were a bit early so decided to have an 'aperitif' in a lovely old pub called the Hope (its become a bit of a Gastro Gran ritual!) , just across the road from the restaurant. We were really tempted to have a salt beef or pork belly and apple sauce sandwich in the pub, as they looked so tasty, but managed to hold back and made our way across the road.
The restaurant was empty when we arrived, Monday in August= Bad business! But we didn't mind as we were going to have a laugh anyway.
The menu at St.John changes daily and as it was Monday and fishermen don't go out to sea over the weekend there wasn't much choice, in fact only 1 main course, if you were a 'fish eater', but there were loads of other tasty Meat dishes, which to be honest is what St. John specialises in, to choose from. To start Gastro Gran had Terrine, a simple slice of pork terrine with a few cornishons and some lovely bread, made on site. My Mrs. Had cold Middle White pork with celeriac remoulade, a bit to fatty for her and I had brown crab meat on toast, which was stunning, the reason so many chefs love this restaurant is because of dishes like this, great produce with very little done to it, salt,pepper and half a lemon, cracking dish! Gastro Gran then went for 'A brace of slip soles', slip soles are also known as Megrin, slip sole is a catchy name I suppose, they have, in the past also been sold as Cornish soles and Rockall sole, thay are sustainable and most of them (90%) caught around British shores are shipped to Spain and Italy, Madness, but lets not go into that now! The Mrs. wasn't sure so I chose for her, Pigs cheeks and Dandelions, not very lady like, but I wanted to try it! It was again to fatty for her (but I liked it)! I chose the Ox tongue with green sauce, another winner, I would rather have Ox tongue than beef fillet any day, It was stunning, simply braised and served with 2 braised carrots, braised with the tongue and a sauce similar to salsa verde, made with capers, garlic and parsley. We shared a side order of buttered spring greens, which my Mrs. liked (finally). As we finished up our main course, Fergus Henderson (owner/legend) arrived with two of his friends, and sat on a table near to us and all ate a Grouse each! With their fingers! They must have been from a bunch of the first grouse of the year to reach London as it only came into season on the 12th of this month, 4 days ago!
Then came the best bit, Pudding, Gastro Gran had the Blue berry tart and ice cream and I had the Chocolate terrine, both were right up our street, rich, tasty, sweet and just really bad for you! By this time my Mrs. had the hump because I chose her main course just because it was my second favourite! So when the waitress asked her what she would like, she replied sarcastically, 'ask him', so I picked the creme caramel as it was me and Gastro Grans second choice! Ha, ha, But she liked it anyhow.
Then my Mrs. had a coffee and me and Gastro Gran shared a pot of tea.
All in all another great lunch at St. John and another great lunch out with Gastro Gran.
Posted by Chris Golding at 10:11